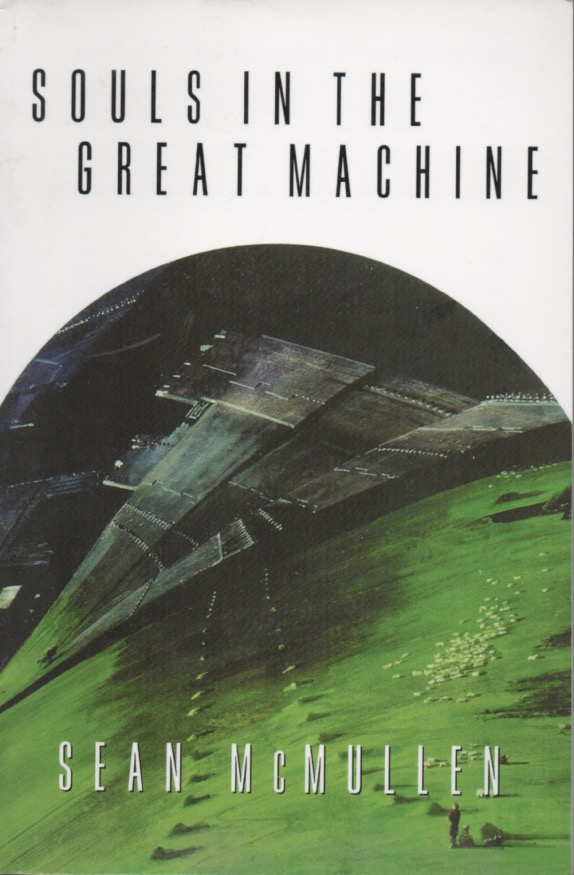 Would you fight a duel for the honour of your computer? Set in a spectacular, steampunk Australia of the future, this novel features human powered computers and wind powered trains in mayorates ruled by psychopathic librarians. The great Calculor of Libris has been forced to watch as Highliber Zarvora had four of its components shot for negligence. Now its calculations are free from errors, so its two thousand enslaved components can get on with saving the world from a new ice age.

“Gives a new moral dimension to the old Science Fiction theme of power and knowledge, and the power that can be gained by those with secret knowledge of the working of the world.”

“A comprehensively imagined future … McMullen’s knowledge and love of his country shines through his work. Vivid imagery … creations both bizarre and believable. His world of Greatwinter is both tangibly present and beautifully imagined.”

“Completely satisfying … a complex and appealing world … McMullen joins my short list of writers who can write all the multi-volume cycles they like as long as they can keep delivering the density, texture, and wit that make their worlds a pleasure to visit.”