Sean McMullen is an Australian science fiction author with 25 books and more than 90 stories published in over a dozen languages.

His latest collection, Dreams of the Technarion, was published by ReAnimus Press in 2017. It contains ten of his recent stories, plus a history of Australian science fiction from 1837 to 2017, Outpost of Wonder.

Sean became a science fiction professional while an undergraduate, singing in a SF opera staged by the Victorian State Opera. Around now he was also earning money from fantasy, singing ballads in Melbourne’s folk clubs. His career as an author took off when he won the writing competition at the 1985 World SF Convention. All the while he had a day job in scientific computing at the Bureau of Meteorology. 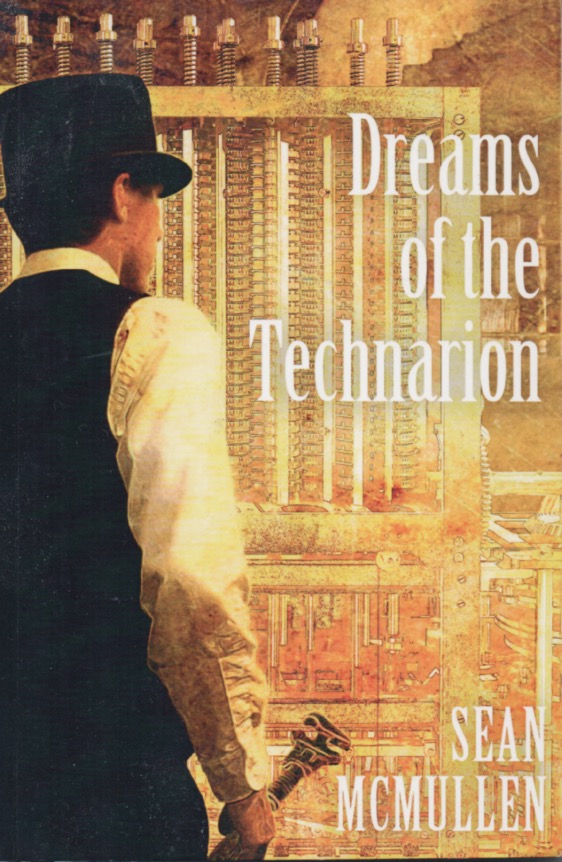 In 2011 his steampunk story Eight Miles was runner up for Best Novelette in the Hugo Awards.

Two years later his story Hard Cases was made into a short film, directed by Terry Shepherd and starring Mike Bishop, Lliam Amor and Eve Morey – Sean made a cameo appearance as Mr Guard.

It is no surprise that his daughter Catherine decided that a career in script-writing would be pretty cool, and she has since won the Peter Ustinov and John Hinde awards for her scripts. 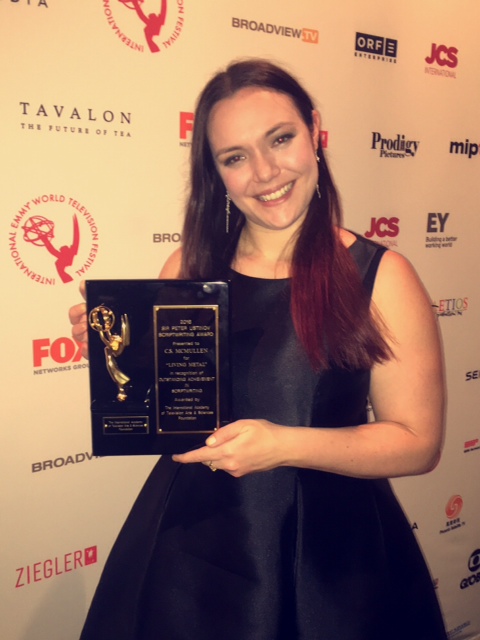 In the 1990’s Sean began to get serious recognition. He won his first awards, his first novel, Voices in the Light was launched by William Gibson and Peter Nicholls in 1994, and he entered the American market in 1998 with his award winning novel The Centurion’s Empire.

The following year saw the release of his signature steampunk novel of psychopathic librarians and human powered computers, Souls in the Great Machine. He was also a pioneer in electronic publication, and his 2002 story in sf.com, Voice of Steel was a nominee for the British Science Fiction Association Award, and won the Nova Fantastyka Readers Award. 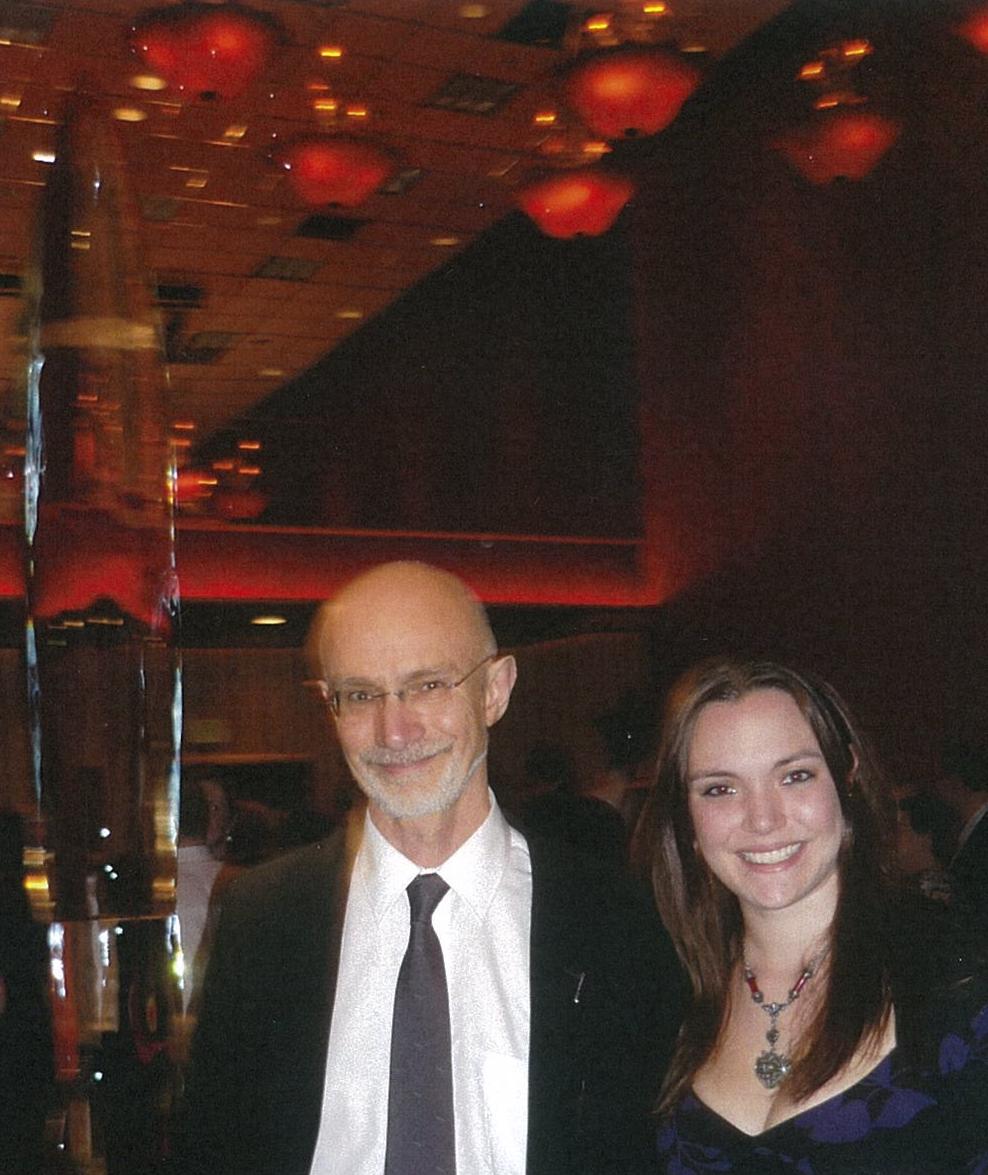 Sean and Catherine at the 2011 Hugos

Early in the new millennium he completed his Greatwinter and Moonworlds series of novels. Due to the demands of his PhD, increased responsibilities at work, and his duties as a karate instructor at Melbourne University, Sean now decided to focus his SF for adults on short fiction, and branch into SF and fantasy for Young Adults. 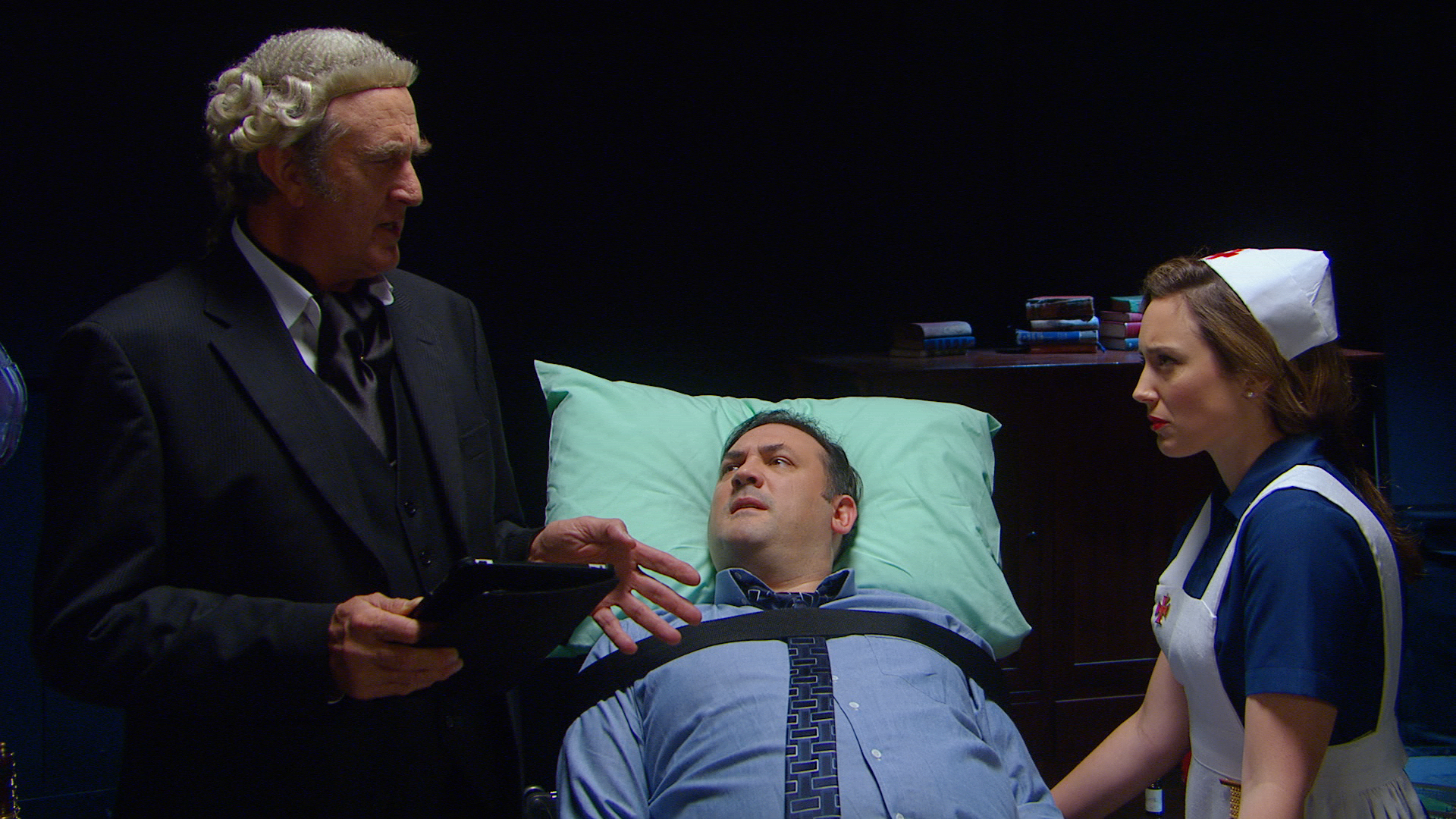 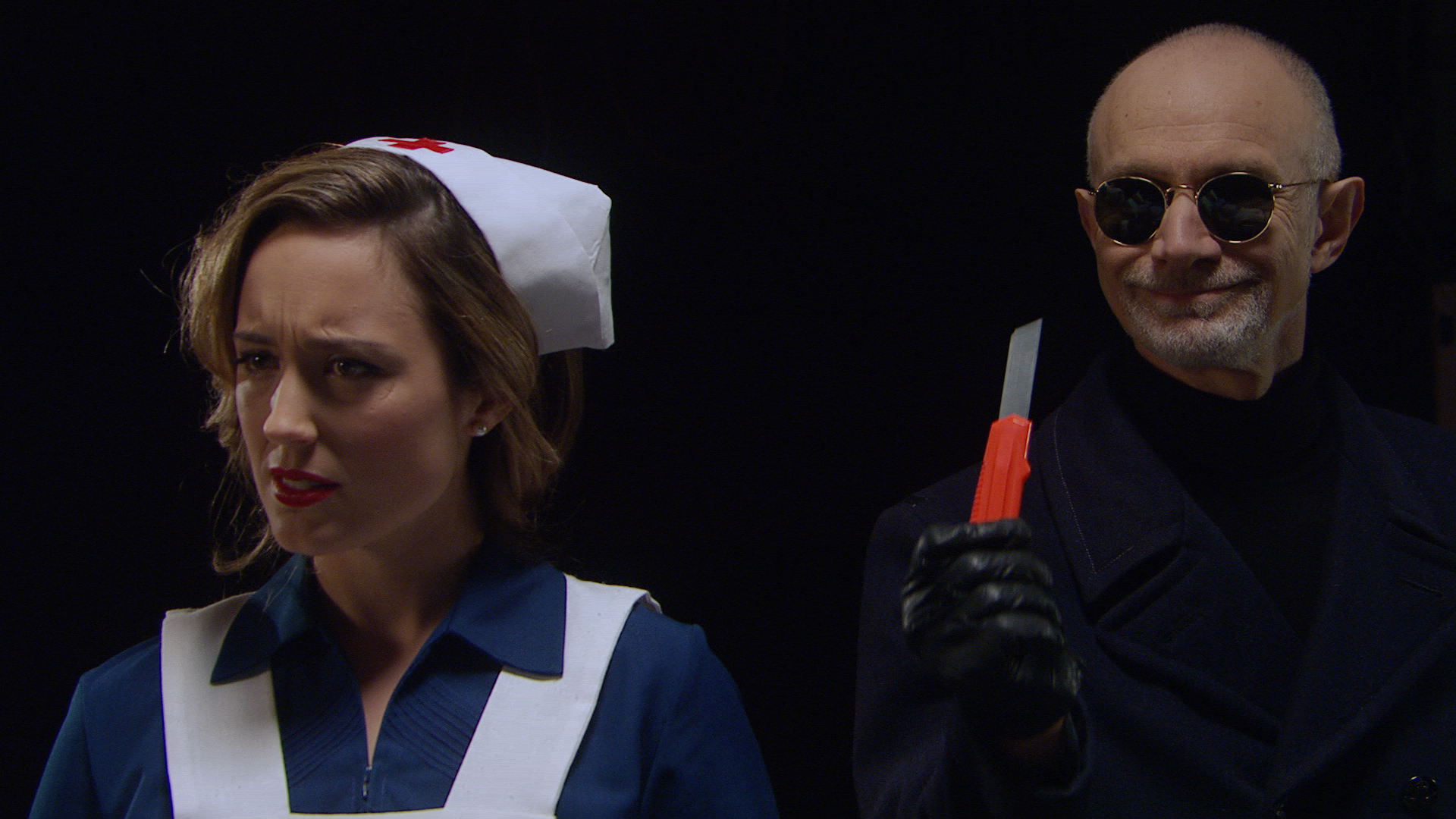 On the set during the shooting of Hard Cases

He contributed to Lothian’s Quentaris series with his novel The Ancient Hero in 2004, and since then he has had two dozen science fiction and educational novels and stories for children and young adults published, mostly in Australia. These include the the six part children’s series The Warlocks’s Child, written with Paul Collins, and the Young Adult novels Before the Storm and Changing Yesterday.
After meeting Dean Toovey and Mal Cumpson of Inventive Entertainment, Sean began to work in scriptwriting, and in 2005 received a Film Vic grant to develop the script Icekeeper. Several of his other stories and novels were also optioned for development as shows. In 2010 Sean adapted and directed a revival of Norma Hemming’s pioneering feminist play SF play of 1958, The Matriarchy of Renok for the World SF Convention.

In 2014 Sean quit his computing job and became a full time author. In the same year he revived his acting and musical skills to do a series of readings of his stories, which can be heard free on this website. He continues to teach at the Melbourne University Karate Club, and in 2018 was awarded a 4th dan black belt and made a master instructor by Martial Arts Australia. He lives in Melbourne with his girlfriend and cats Loki and Freya.