Two military cadets from the future have prevented the bombing of Australia’s parliament back in 1901, but the Century War now threatens to break out in a new timestream. They must set out on an ocean voyage halfway around the world to stop a battle between the British and German fleets.

“This is a story rich with action, emotion and humour … McMullen’s characters are superb … will appeal to more than just die-hard SF fans … The contrasts drawn throughout this story provide unlimited fodder for classroom discussion.”

“I loved the fact that McMullen has very successfully combined steampunk with Australian history in an action packed story. I believe that this series is one that should be on every library shelf.” 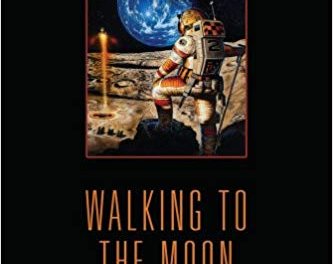 Walking to the Moon

A HISTORY OF NEW ZEALAND SCIENCE FICTION AND FANTASY Colours of the Soul